By glennaalbrecht in Generation Symbiocene, sumbios, Symbiocene on April 1, 2018February 4, 2020
No comments 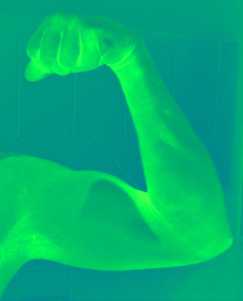 The origins of the word ‘war’ have meanings connected to states of confusion and being ‘mixed-up’. Many humans are now at war with the environment they inhabit. They are also fighting fellow humans who desire the ongoing conservation of a ‘green’ world. There are now two huge tribes opposing one another in this discombobulated world, and their confrontation seems inevitable. It is a war between the forces of construction and the forces of destruction. We have then all of the makings of World War Three (WW3). Why not make it official?

This new global war will not be fought with guns, but will be a war where positive Earth- supporting emotions will have to directly confront negative Earth-destroying emotions. One tribe is out to destroy themselves and the Earth, while another is out to nurture themselves and the Earth. The battle lines could not be clearer. A drama that has been unfolding over many decades must now tip-over into open emotional global warfare.

The ultimate aim of a just war is to confront the destructive and to find permanent peace with that which remains of human and non-human life on Earth. The outcome of WW3 can be nothing less than a re-establishment of human identity along Earth creation lines and its expression within regions and, ultimately, the whole Earth.

Physical violence should never be the first-choice response to intimidation. However,  Green ‘muscle’ will be needed to act as bodyguards and emotional protectors, as they can provide a frontline ‘show of strength’ when the other side is intent on violence and assault. Many species avoid actual conflict by showing each other their strengths in acts of blatant display. Male Black Swans do this by synchronized swimming (parallel swims) while posing a mirror image of each other until the bravado of one breaks down and it retreats. In such a way, in addition to throwing flowers at the ‘enemy’, strong counter-intimidation can prevent actual violence.

However, there are instances where preparation for armed conflict is already in place to resist the ongoing activity of violent forces. For example, there are places where armed people (men and women) are needed to protect wildlife from poachers. In Africa, the poachers want ivory from elephant tusks or rhino horns, as these substances command huge prices in other parts of the world. Trained and armed protectors are all that stand between preservation or extinction of these species in the wild, as there has been a catastrophic decline in their numbers over the last 50 years.

It is a tragedy, but the assassination of courageous symbiomental protectors and leaders, who openly support the Symbiocene, is now a frequent occurrence. Clearly, even though I am a pacifist, I see the need to protect the protectors of the Earth with counter force, as they become the homicide targets of those committing ecocide and tierracide. Defence of life, even if it requires violence, is permissible in the Symbiocene. After all, some of our gut bacteria work symbiotically with us to perform bodily defence, killing pathological bacteria, in return for our supply of nutriments for them.

All strong and dexterous men and women (and all other genders), who wish to be part of the protection of Symbiocene champions, now have a purpose for all their training, skill and hard work. Green gyms will produce green muscle while generating green energy. Green Muscle will entail dangerous work, but will be absolutely necessary if people leading the Symbiocene revolution need to be protected from thugs and murderers. If symbolic and symbiotic resistance and advocacy fail, then conventional warfare to protect life will be necessary. Such a war is unspeakable.